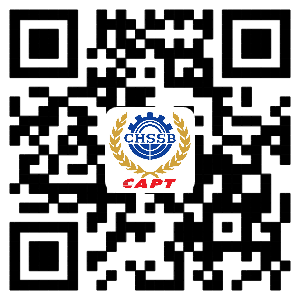 Shijiazhuang Capt Power Transmission Co., Ltd. (or CAPT for short) is a center for research, development, production and sales of specialized transmission products. Products range from 16 major categories, with more than 45,000 specifications. Along with an annual output of 16 million transmission parts and a product reserve of 1.5 million, the firm can provide world class mechanical transmission products to customers around the world. Currently, there are eight production plants and a foreign trade team, all together with around 780 employees that includes more than 80 engineers and technicians.Shijiazhuang CAPT is an integral part of the mechanical transmission industry in China. CAPT was the leader in obtaining the certification of ISO 9001:1994 in power transmission industry in China in 1996, and later on became the only one approved by Lloyd ISO 9001:2000 quality management system in 2002. CAPT was also approved by Lloyd ISO9001:2008 quality system in 2010,and approved by Lloyd ISO9001:2015 quality system in 2017. Nowadays, “CAPT” brand has become one of the best-known brands in both domestic and international markets for premium power transmission products. CAPT products have strong reputations in Japan, the United States and European countries. According to local government development planning, the company invested 212 million RMB in transitioning into a new facility located in the East Zone of Shijiazhuang Gaocheng. The new facility covers an area of 83,000 square meters with the construction area of around 61,000 square meters. Completed at the end of 2012, the new facility will once again become the world’s major mechanical transmission production base.